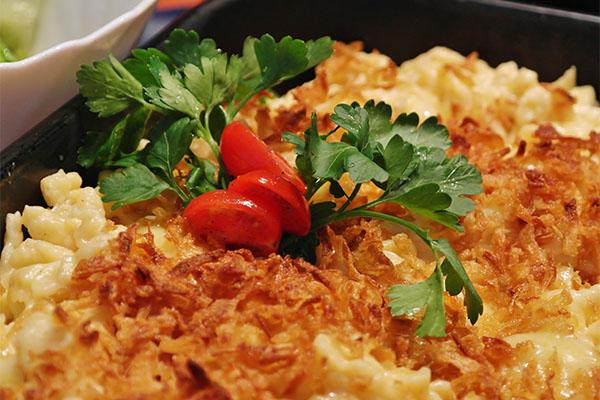 To use mozzarella for your macaroni schotel, just coarsely grate the cheese.  Once the ingredients are mixed and you are ready to bake, gradually spread the grated cheese layer by layer. Once you pour the first layer of macaroni in the pan, add the mozzarela, then pour the second layer and repeat the process by spreading the mozzarella.

After you have at least three layers in the pan, cover the top with mozzarella cheese. Mozzarella cheese can be used as ingredient for the macaroni mixture and/or as toppings. Once the process is complete, bake in the oven. Bake until golden brown. Enjoy while hot, as you will be surprised by the sensation of hot and melting mozzarella cheese.

Baked macaroni, or more popularly known as macaroni schotel, is a scrumptious dish that nearly all Indonesians are familiar with. The name has a hint of European influence. Although there is no research about the origin of baked macaroni, it is strongly thought that macaroni schotel originated from the Netherlands and was brought to Indonesia during the colonial era.

This strong suppossition regarding the origin of this dish arises from the word ‘schotel’, which means ‘dish’ in Dutch, or the word ‘schaal’, which means shell. ‘Schaal’ or ‘shell’ seems to refer to the shape of the bowl used to bake macaroni schotel.